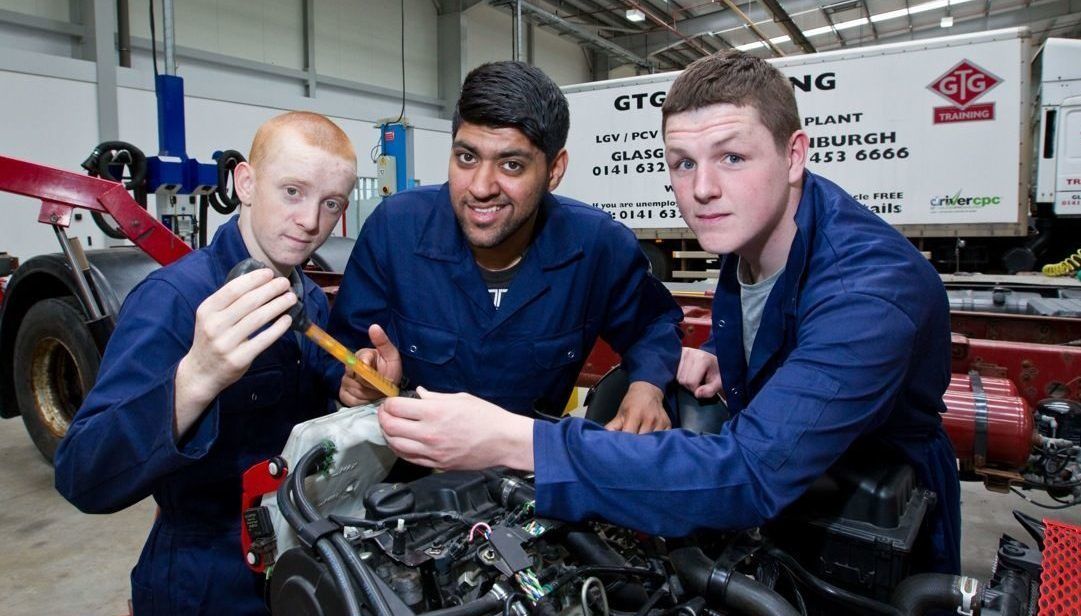 My Grand Father became a miner when he was twelve years old- a child labourer in Scotland at the height of the British Empire. He told me this story;

On my twelfth birthday, I followed my Dad down the mine. That day the roof collapsed with my Dad trapped inside. Thank God he escaped. As he stumbled out choking I started screaming, begging him to let us both go home. He knelt down beside me and said, ‘This is who we are son. This is what we do.’. lt was the only time I ever saw my Dad cry. He could see the life that lay ahead of me and knew that the son of poor Irish immigrants could expect nothing more from life.

My Grand Father went on to have ten children. My father was the oldest. He was raised in a Glasgow slum and had the knife wounds to prove it. He left school with no qualifications and started work as a labourer. It was my father, a man of formidable intelligence, who worked his way out and passed those values onto his family.

In poor areas, 25% of young people are NEET* by age 16 compared to only 1% in more affluent areas

My life is a product of those values, values born out of a belief in Social Mobility. I was raised to strive, confident in the belief that if I dreamed big, did my best and persevered a working-class kid like me could succeed.

I was not alone.

I have lost count of the people I know- Business leaders who have contributed billions and employed thousands, renowned scientists and artists who have enriched our world- who all share my background and worse. Everyone a product of hard work and a culture that fostered social mobility. All of them brought up like me to believe that if you were ambitious and worked hard you could succeed regardless of your background. I assumed our country was still like that.

The UK has progressively become one of the least socially mobile countries in the developed world. All too often your success in life is determined by the postcode you were born in:

The consequences of this are severe. In 2015, 1.25 million people in the UK, including 300,000 children, were destitute – lacking food, shelter or basic necessities (Joseph Rowntree Foundation, 2016). In less than 5 years it is expected that 37% of children in the UK will be living in poverty. This will mean that all the progress made in the last 20 years will be undone (Institute for Fiscal Studies, 2017).

Our society is going backwards.

Consider the implications of this; all the squandered genius, untapped talent and unfilled dreams of millions of people purely because of where they were born. Consider the stupidity of a country that expects to compete globally with its only talent drawn from an increasingly shrinking pool. This is not only morally wrong and economically insane, the inequalities it embeds are creating a sociological time bomb. We already seeing the signs of this. Destroying social mobility is how a society slowly commits suicide.

However, this trend can be reversed. By recreating a meritocracy that nurtures the talents of all our young people, rather than a privileged few, we can honour the generations who paved the way before us and serve the generations who will come after.

Levelling the playing field for all is quite simply the most important thing we can do for the future well-being of our society and economy.

That is why WildHearts champions social mobility. Levelling the playing field for all is quite simply the most important thing we can do for the future well-being of our society and economy. Playing our part in achieving this is a responsibility we all share.

My Grand-father lived into his nineties. On his deathbed, as he drifted in and out of consciousness he looked up at me he said, ‘Ah Michael son…did you ever go to University?’ I was struck by how random his questions seemed at the time as I had graduated seven years previously. ‘Yes Papa, I studied economics. One day I want to set up my own business.’ As he looked into the distance he said, ‘I wish I had had that chance’.

Those were the last words he ever said to me. Other articles by this author...